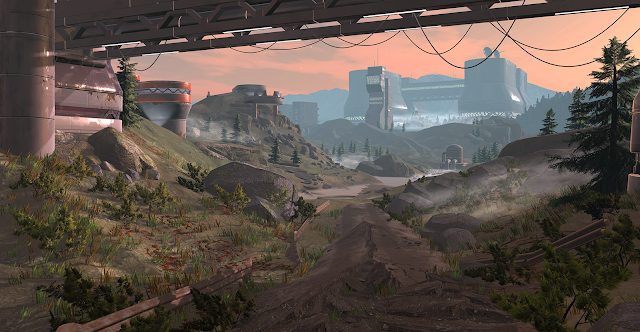 I created this scene in Unity using 3DS Max/Zbrush to model assets, Speed Tree Modeler for foliage, and Substance Designer for procedural PBR materials. Influenced by Destiny, Star Wars and Halo 5, I wanted to create a sci-fi exterior scene that exists on Earth with nature taking it's course.

There are some FPS game play design elements in the shot. From the player's perspective, you are in the view of a sniper sight line from the bunker platform on the mountain top. The player can use various heights for cover on the left or right of the road as you can progress forward, you could also pull back and pinch the sniper sight line with the over hanging structure.
The background mountains were purchased from the Unity Asset store published by Manufactura K4, and the Skybox was free from the asset store published by Clod. I also used one of the free tree assets that comes with Speed Tree.

Here is a quick video of my WIP to final.

Creating a versatile building served as an important role in the scene. My visual goal for the structure was to be modular with minimal geometry driven by PBR materials designed procedurally in Substance Designer. I set multiple face IDs in 3DS Max and was able to use each node graph as a color palette for variety once I had the FBX and Substance materials imported into Unity.

To create the road, I started out with a set of modular asphalt chunks as an early idea to lay out space and see how my PBR materials would look under various angles in lighting. Eventually thanks to some peer feedback, they didn't look natural so I duplicated some faces from the terrain and extruded them into a road surface. I found some nice reference from Centralia, PA and came up with more organic results. Like the building I assigned two face ID's, one for the asphalt and the other for the inside crust. 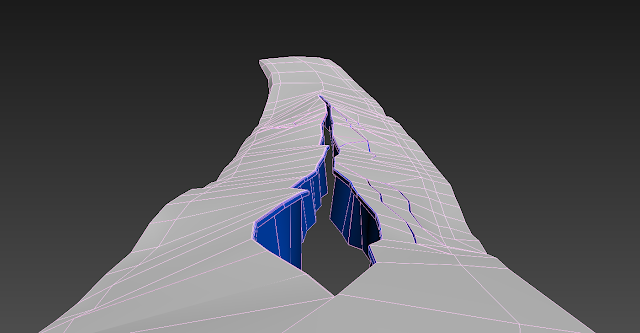 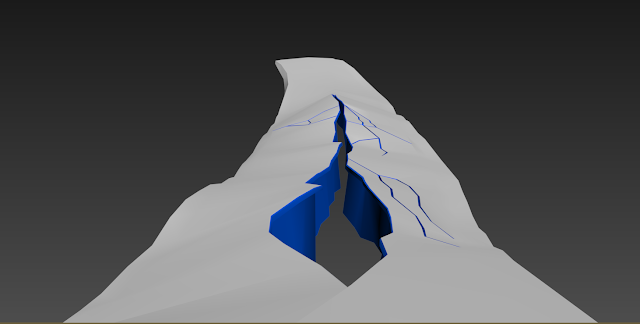 Creating procedural PBR material graphs in Substance Designer allowed me to tweak in real time and  update in context in Unity. Otherwise it's very easy to get carried away experimenting with nodes making your substance look awesome in the 3D viewer and only to find out it comes out totally different once inside Unity and your lighting set up.

I created a sort of Oreo cookie crumble looking material with pebbles and a height map to place on the inside crust faces of the road. 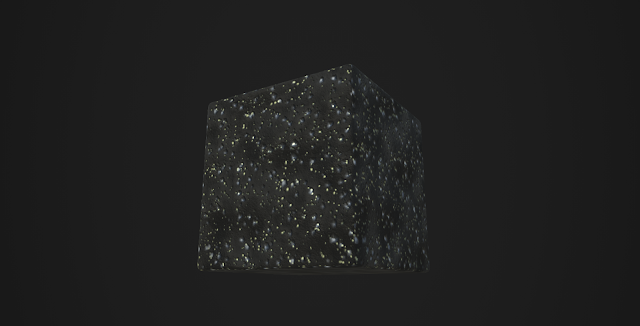 For foliage I created some grass, a shrub, and some dry pine needles in Speed Tree to place around the scene. At first I used Mega Scatter's script from the Unity store, which was nice to place an initial population as a first pass with random variables in scale, rotation, and size. But ultimately it was way too noisy and I had to pull back a bit with some manual placements. 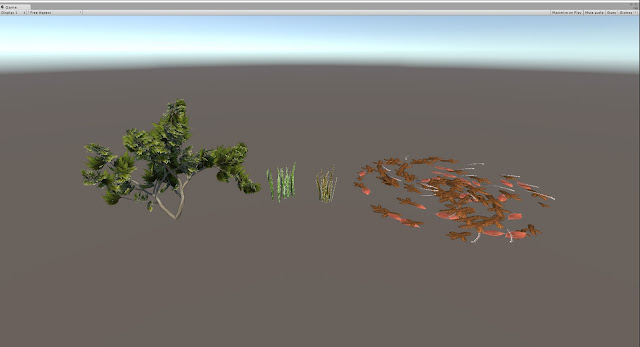 In Z-Brush I sculpted a set of boulders and rocks to modulate around the scene. I spent about 2-3 hours on each sculpt trying different shapes out and working loose until finding different surfaces to commit to. 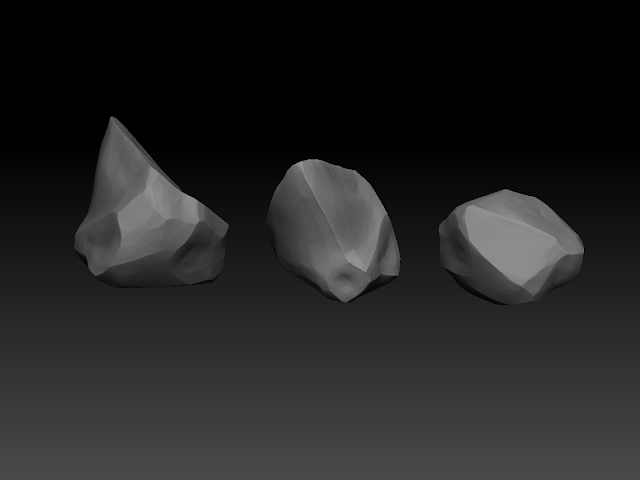 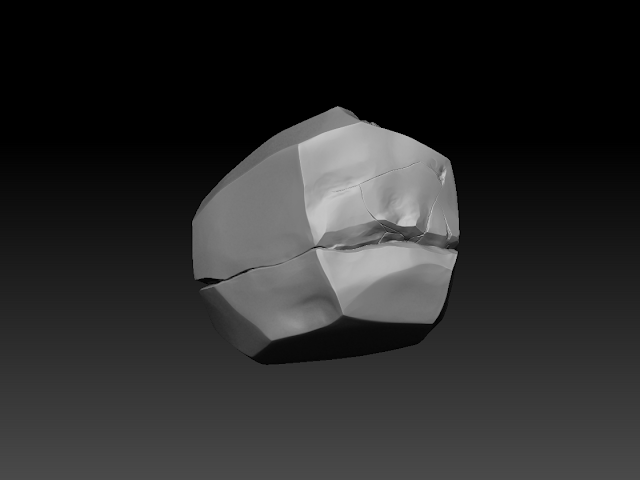 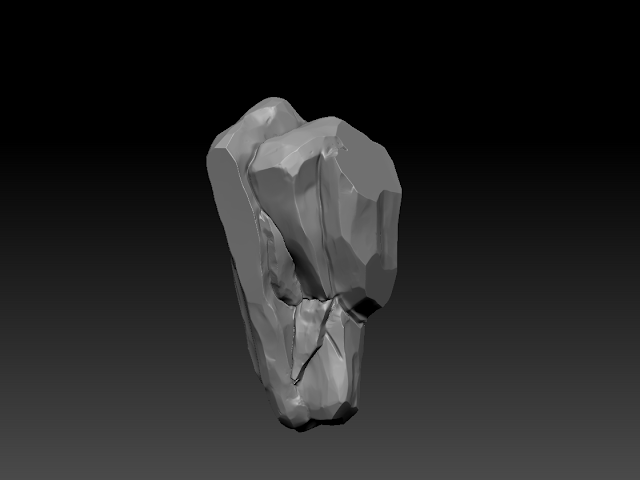 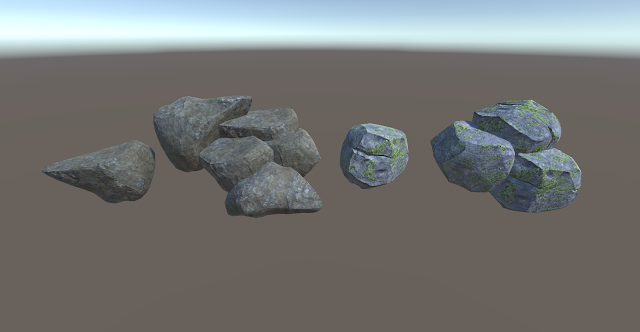 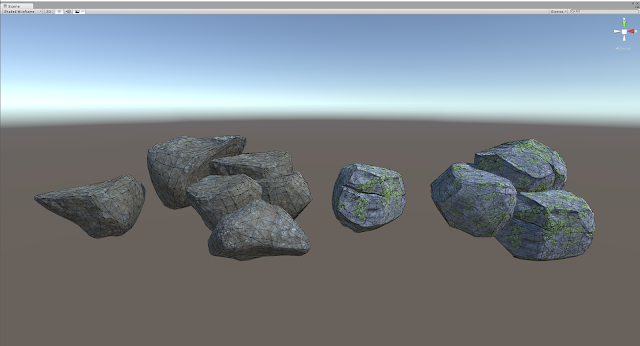 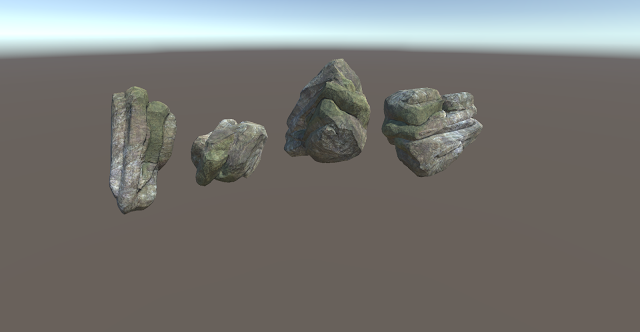 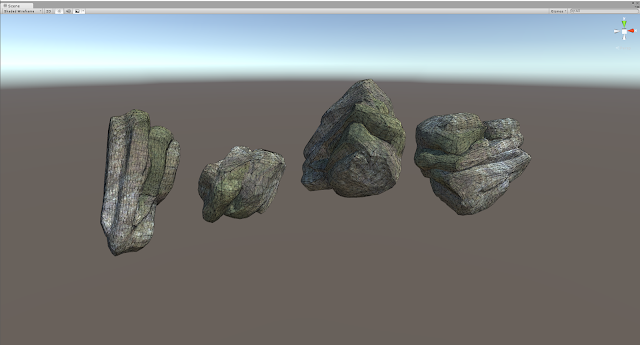 I did a rough sculpt for the terrain, then used it's normal map and polypaint as the macro detail in Unity. I ended up using one of the Background Mountain Pack's textures and normal as the detail map which worked out well for tiling and offset flexibility. 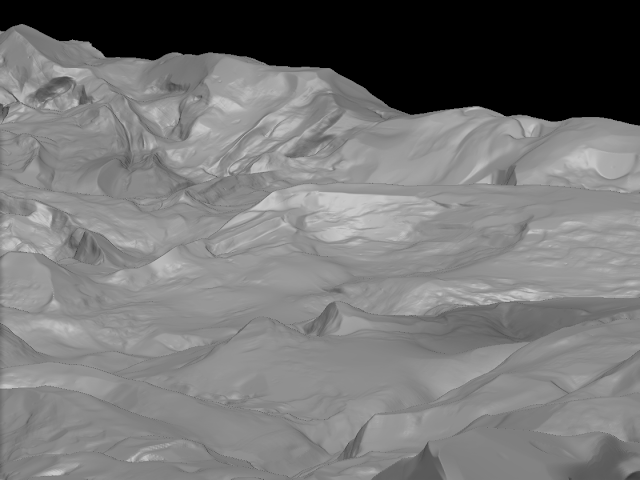 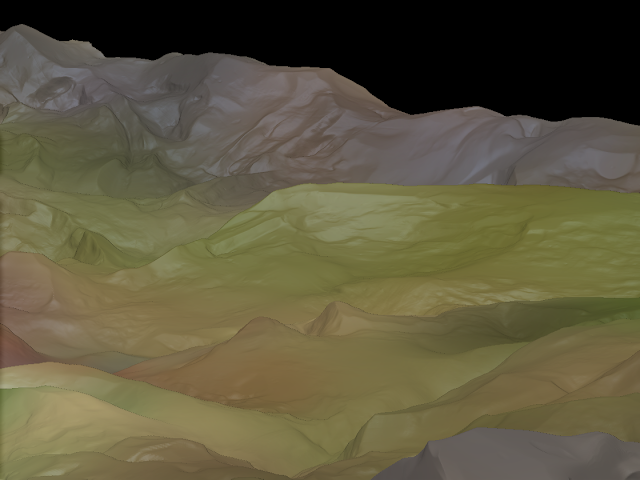 Posted by Filmer at 4:19 PM No comments:

I have been getting a hang of understanding a procedural workflow in Substance Designer 5 as my current focus. I tried starting out with small goals like figuring out how to make subtle scratches, metallic reflective surface, and water spots on a spoon from my kitchen. Once I was able to figure out that, I moved onto using the wood floors of my apartment for reference.
The pipeline is pretty powerful, seeing that the resolution is always dynamic, file sizes are super small (KB instead of a 45MB PSD from saving tons of layers trying to be non destructive), and anything you tweak is not permanently lost by an undo history since all the parameters live in each node you play with. Pretty exciting stuff, authoring materials with experimentation and exercising creativity with a bit of logic. 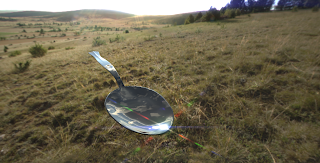 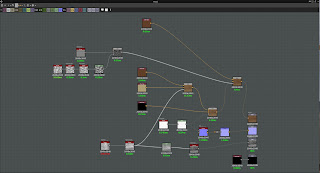 This wood graph is pretty simple, but has helped me understand the process of procedural node flows more on a fundamental level thanks to watching some Wes McDermont videos. I wanted to start a PBR material from scratch with tile generators, then mixing different noise patterns and blends to achieve a wood board material. 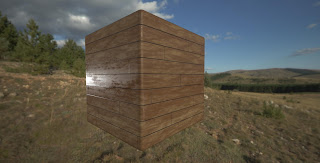 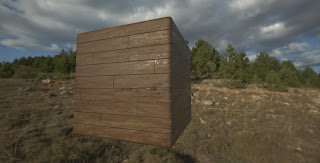